History of the City of North Canton

The area that would become North Canton was first settled by primarily German settlers in 1805 two years after the State of Ohio joined the Union.

By 1830 a small community had grow around the cross roads of what is today Main and Maple Streets. An effort led by the town’s blacksmith, John Hower, resulted in the recording of the first Village Plat on February 19, 1831. From this plat the village of New Berlin was born. The plat showed just 23 lots anchored on the corner of North Main and West Maple.

The village grew over the latter half of the 19th century and with a population of 865 became officially incorporated on November 21, 1905. The first village Council was organized in 1906. William H. Hoover, owner of the W.H. Hoover Company and future Hoover Vacuum Company served as the City’s first Mayor. Without a City Hall village meetings were held in the Hoover Company Offices. In 1918, in response to anti-German sentiment caused by World War 1, the village changed its name to North Canton. 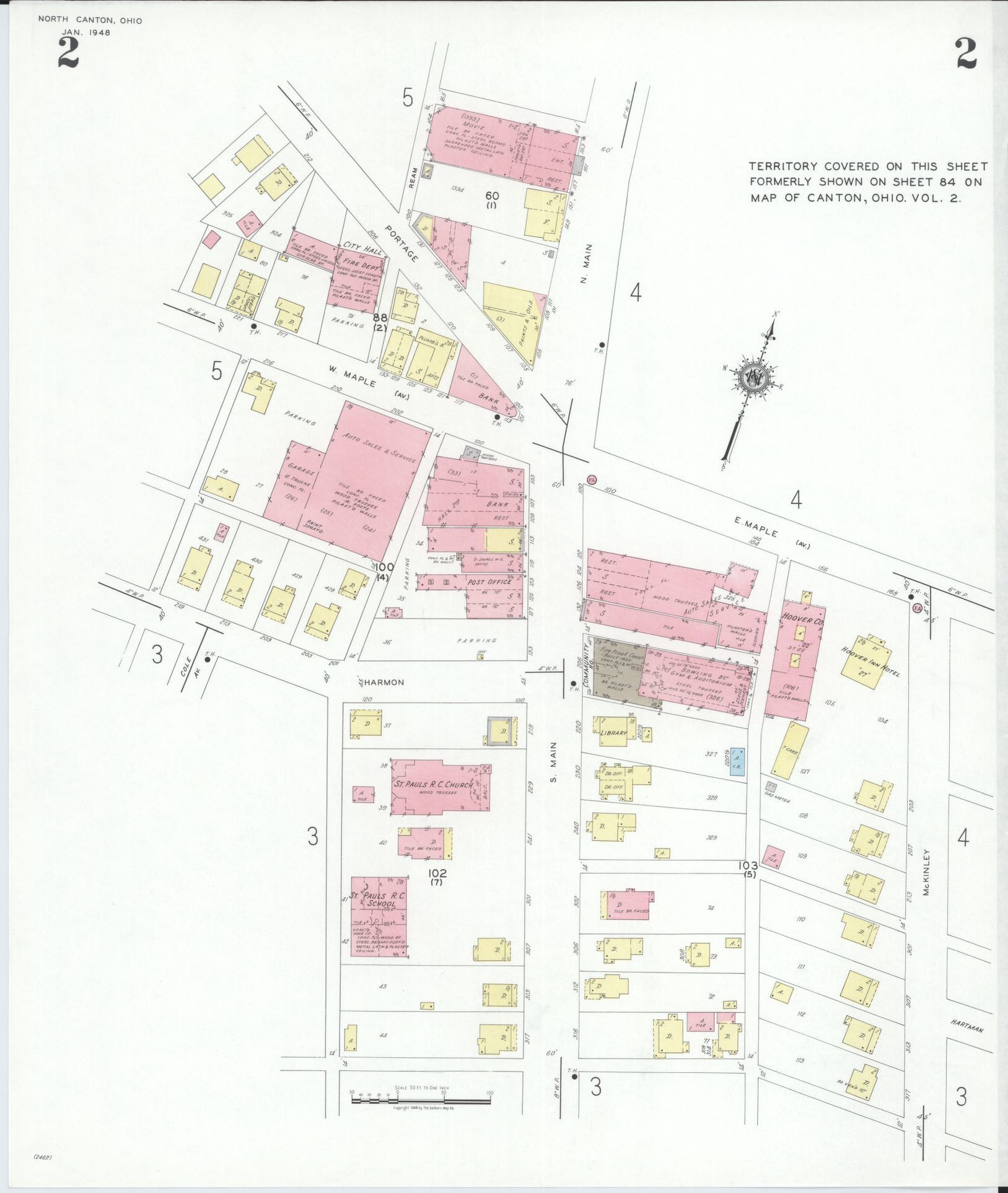 130 years after the original village plat, in 1960, as the result of a large annexation, the Village was officially large enough to become a City. The residents adopted a Charter and became the City of North Canton effective January 1, 1962.

Since the 1960s the City has continued to grow and today covers approximately six square miles and provides services for almost 18,000 citizens.